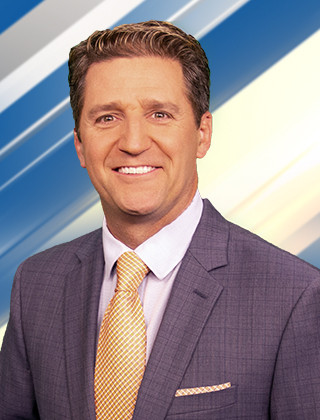 Joel D. Smith returns to the anchor desk having previously co-anchored CBS 21 News this Morning. Yet even while handling Sports Director Duties the past few years, he often came back to News for the biggest stories including the pandemic and CBS 21's Election Coverage using real-time results on our interactive map. For his efforts, he was named the region's "Best News Anchor/Reporter" by the Keystone Media Awards (formerly AP) both in 2020, and 2021.

Smith said, "Viewers often ask me which I prefer, news or sports to cover? I reply that I want to be where the most compelling stories are. Sometimes that's sports, but much more often it's news. I'm looking forward to focusing on more news stories now, while staying ready for the next big sports story as well."

Joel D. is an Emmy-award winning journalist, who's lived in Central PA since 2004.

The Maryland native started his career in Pennsylvania (Chambersburg), then took his show on the road-- working as a reporter, anchor, and sports anchor in places like Sioux Falls and Des Moines, before moving back to PA. Some of the stories in Joel D.'s career include covering the Amish school shootings, the Iowa Caucuses, "Snow-mageddon", and the latest Ravens Super Bowl run.

A proud graduate of the University of Maryland, Joel D. can be heard in College Park, Md. as a public address announcer for Terrapin Football home games.